Differences in the severity of instructional spending cuts by public school districts across Georgia are depicted in a series of breakout maps to accompany the FRC Brief “Trends in Georgia School Staffing 2001-2012.”

The maps underscore the report’s finding that the spending reductions cut across geographic regions as well as urban, suburban and rural districts.

The map on the left shows overall cuts in instructional spending with 72 school districts implementing cuts of about 15 percent or more (2008-2012), and on the right, the subsequent loss in teaching positions (school years 2009-2012). 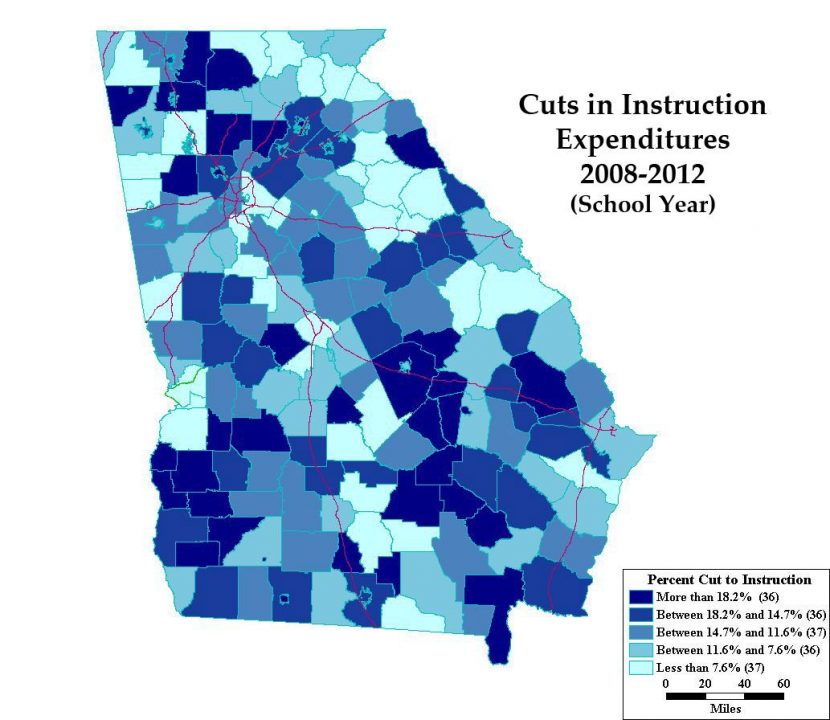 For the data used to create these maps please see the accompanying tables. This map feature is an excerpt from FRC Report 265 and FRC Brief 266 by Nicholas Warner.