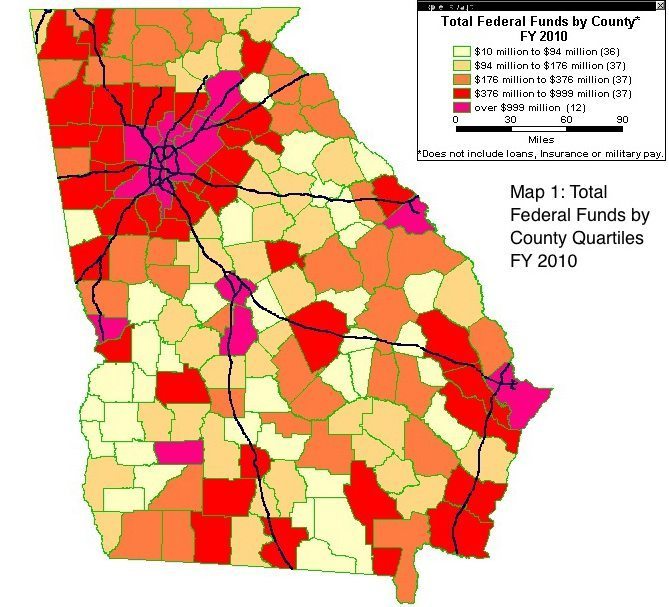 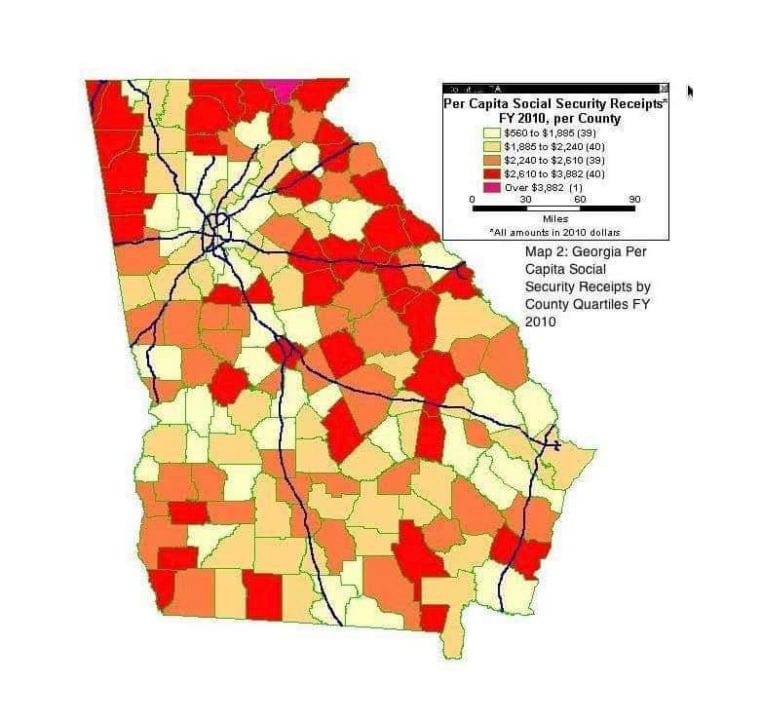 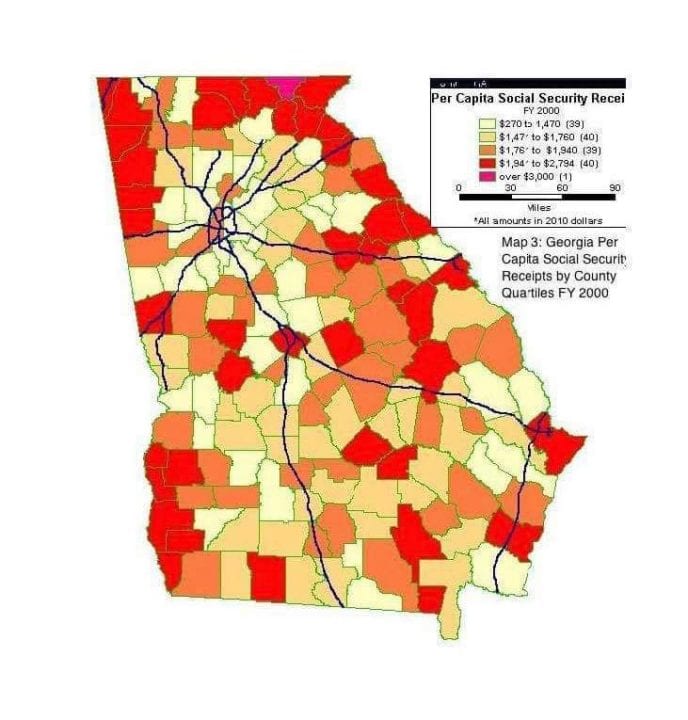 Several reasons for this difference exist in the fiscal year 2010. First, some southern counties are home to military bases and receive substantial procurement contracts, despite being sparsely populated. Second, southern counties also generally received greater per capita payments for two of the largest federal programs that are associated with older Americans, Social Security, and Medicare. Third, southern counties also appear to receive more per capita federal funds from programs intended to help low-income Americans, such as Medicaid and the Supplemental Nutrition Assistance Program, SNAP (formerly food stamps). We will explore the distribution of these federal programs in greater detail in later maps and briefs as well as how the distribution of federal funds has changed over time.

For a more thorough examination of the amount of various federal funds by program received by Georgia and the relative dependence of various counties and urban regions in the state on federal funds see Geographic Dispersion of Federal Funds in Georgia and its Major Urban Regions by Peter Bluestone (FRC Brief 264).

1 Federal spending data are from the Consolidated Federal Funds Report for 2010 and 2000. County population data are from the US Census. The amounts presented here do not include federal guaranteed and direct loans. Military salaries and wages are also excluded due to inconsistencies in the data over time.