As hard hit as Georgia was by the Great Recession of 2007–09, the state’s economy was much larger in fiscal 2014 than in 2001. Georgia’s state gross domestic product (GDP) is up more than 14 percent over that time, adjusted for inflation, while real personal income is up more than 24 percent. Yet over that same period, Georgia’s revenue from the state sales and use tax is down 31 percent, inflation-adjusted. The decline in sales tax revenue relative to personal income and state GDP can be seen clearly in Figure 1 below.

Read the entire blog on the Fiscal Research Center website. 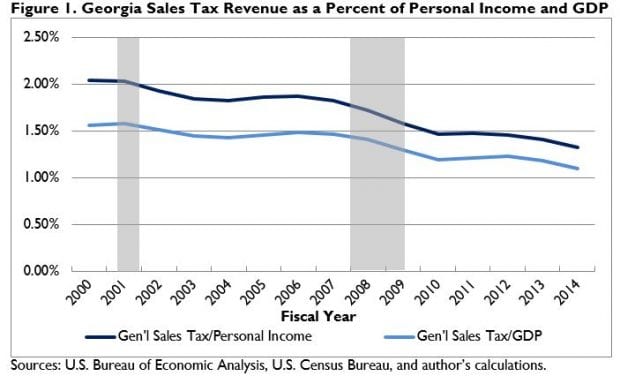