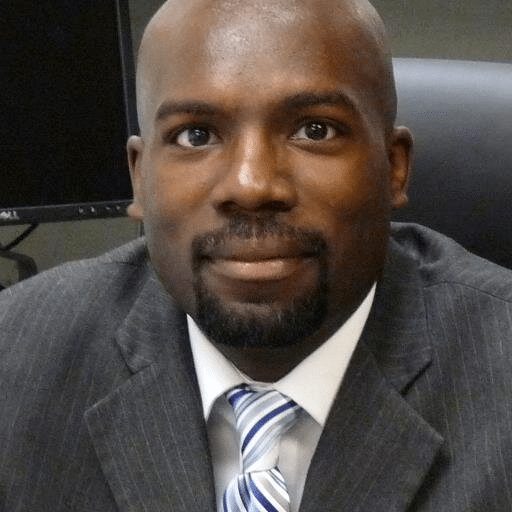 When children go to school, they don’t typically peek into the finance department and think, ‘That’s what I want to do when I grow up.’

They have little understanding of how their school — let alone the entire school district — manages its finances.

“They never think, ‘Oh, there’s a business job in a school district,’” he lamented. “Most students never see us.”

Even if children discover they like numbers, and grow up knowing that they want to work on behalf of students, there still isn’t a degree specifically for them. It’s geared toward the private sector.

“Governmental accounting was optional,” Dereef said about his college experience. “It wasn’t even a requirement.”

He strongly encourages those with business degrees to go into school finance. To go beyond what is available in colleges and master’s degree programs, Dereef said continuing education and professional development is key.

As a member of the Association of School Business Officials, Dereef now teaches a prep class for those interested in acquiring specialized certification.

“In my case, you want your people to be as skilled as possible when doing something,” he said. “They’re going to save money by being skilled, so I think it’s an investment worth having.”

Recently, Dereef added to his own professional development with an executive education course offered on operating and capital budgeting by the Center for State and Local Finance (CSLF) at Georgia State University.

Robert Morales, the former chief financial officer for Fulton County School System, recommended that he attend. Morales sits on the advisory board for CSLF’s executive education program, which focuses on next generation public finance.

“It was a great experience, plus it’s one of the areas that I’ve been trying to improve upon in Fulton County,” said Dereef, who has spent six years at the school district (two as deputy chief  financial officer).

Besides the class material, interacting with others in public finance also proved especially helpful. “It wasn’t just a sit-and-get.”

It was another reminder for Dereef that he’s in the right field.

He looks forward to interacting with his peers, unpacking fiscal challenges and encouraging the advancement of others, and doing all of that on behalf of tomorrow’s leaders.

“It’s been a joy to really flourish within the school district because you get to learn a lot and apply what you know to benefit the education of kids,” he said.