The global financial crisis brought investment risk to the forefront of the minds of state and local government officials as well as pensioners whose retirement income hung in the balance. Already struggling with the monumental issue of an aging population, many state’s and city’s pension fund shortfalls were further stressed by the impact of the crisis on state revenues and on pension funds’ investment income. 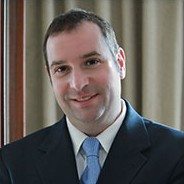 Simply put, there is a growing gap between the funds that states have promised to their current and former employees and the amount of money that they have saved to meet those promises.

According to the Pew Charitable Trust‘s July 2015 report, “The State Pensions Funding Gap: Challenges Persist,” states were short $968 billion for their pension systems, an increase of $54 billion over the previous year. Even though states may balance their budgets, investors in municipal bond debt of state and local governments should carefully evaluate the long-term spending commitments such as debt and unfunded retirement costs that could impact the market price and credit rating of their bonds.

Since the global financial crisis, almost every state in the U.S. has made some type of pension reform attempt, many of which were later challenged in court. The Wall Street Journal reported 25 out of 34 states that had Democratic governors (who would typically support public pension systems) attempted to reduce retirement benefits since 2009. Pennsylvania Gov. Tom Wolf was the latest political leader to propose reductions to retirement benefits for new state hires as well as for current state workers. Illinois and New Jersey tried similar reforms in the past, with the following rulings in 2015.

There is no doubt that pension and other post-employment benefit (OPEB) costs are placing a financial strain on certain state’s finances. State and local governments averaged approximately 4.1 percent per year of annual spending on pension and OPEB by 2013, an increase from 2.3 percent in 2002.

Although this may sound affordable, only 41 percent of state and local pensions received their full contribution in 2013 (AEI; www.aei.org). Currently, the states with some of the lowest funded pension systems are Connecticut, Illinois, Kentucky, New Jersey and Hawaii, all of which are below 55 percent. States with well-funded pensions include Wisconsin at 99 percent, Oregon at 95 percent, New York at 92 percent, Florida at 86 percent and Texas at 80 percent. In our view, monitoring the underlying credit quality of municipal bond issuers has never been more relevant in the face of increased pension costs and the uncertain outcome of future pension reform attempts.

For more information regarding this topic or about Asset Preservation Advisors (APA) please contact Paul Nolan at pnolan@assetpreservationadvisors.com or (404) 261-1333. Paul Nolan is Head of Municipal Research at APA and is an advisory board member for the Center for State and Local Finance’s executive education program in public finance.

Past performance is not indicative of future results.  This material is not financial advice or an offer to sell any product.  The actual characteristics with respect to any particular client account will vary based on a number of factors including but not limited to: (i) the size of the account; (ii) investment restrictions applicable to the account, if any; and (iii) market exigencies at the time of investment. Asset Preservation Advisors, Inc. reserves the right to modify its current investment strategies and techniques based on changing market dynamics or client needs. This is not a recommendation to buy or sell a particular security. There is no assurance that any securities discussed herein will remain in an account’s portfolio at the time you receive this report or that securities sold have not been repurchased. The securities discussed may not represent an account’s entire portfolio and in the aggregate may represent only a small percentage of an account’s portfolio holdings.  It should not be assumed that any of the securities transactions, holdings or sectors discussed were or will prove to be profitable, or that the investment recommendations or decisions we make in the future will be profitable or will equal the investment performance of the securities discussed herein.  Information was obtained from third party sources which we believe to be reliable but are not guaranteed as to their accuracy or completeness.

APA is an investment adviser registered with the U.S. Securities and Exchange Commission.  Registration does not imply a certain level of skill of training.  More information about the advisor including its investment strategies and objectives can be obtained by visiting www.assetpreservationadvisors.com.   A copy of APA’s disclosure statement (Part 2 of Form ADV) is available without charge upon request. Our Form ADV contains information regarding our Firm’s business practices and the backgrounds of our key personnel. Please contact APA at 404-261-1333 if you would like to receive this information.   APA-16-414