During the 2015 Georgia legislative session, several bills were introduced including the “More Take Home Pay Act of 2015,” which would have lowered state income tax rates, raised the sales tax rate and broadened the sales tax base. For many years, policymakers in Georgia have shown considerable interest in tax reform that would reduce income taxation and increase taxes on consumption. States are also often interested in the dynamic effects from such a reform, or how the economic lift (or drag) from tax reform might translate into changes in state revenues.

States typically use two types of models to examine this dynamic effect, either a customized computable general equilibrium (CGE) model or the proprietary REMI model. In 2015, affiliated faculty with the Fiscal Research Center examined fundamental tax reform after developing a CGE model of Georgia and found that in some scenarios, shifting from income to sales taxes caused a 20 percent increase in the compound rate of growth over 10 years. (See the report and blog post.) This analysis in our most recent report uses REMI, the other main dynamic modeling program, to evaluate some similar scenarios. 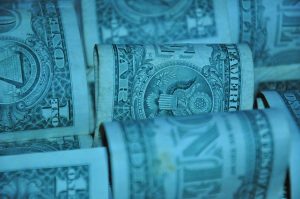 A CGE model of Georgia found that in some scenarios, shifting from income to sales taxes caused a 20 percent increase in the compound rate of growth over 10 years.

First, some background is in order: The current income tax structure generally taxes wages and capital income, including interest and dividends. By shifting to a tax on consumption, typically a sales tax, in the short run, and reducing the tax on wages and investment returns, take home pay goes up as does the return on an investment. This should create incentives for additional savings as well as work effort (labor supply). The additional savings are available to the economy for investment purposes and can lower capital costs, making it easier for firms to expand.

In the short to medium term, the increase in labor supply, as well as the declining cost of labor, also allows firms to add employees at relatively lower wages than prior to the policy change, which is also conducive to firm growth. At the same time, though, the tax on consumption will cause a decline in demand for goods and services, which has its own feedback loop, sending a signal to producers to produce less and employ fewer workers, which creates a countervailing drag on the economy. The bet policymakers are making when shifting from income to sales taxes is that the lower cost of capital and the additional labor available to the economy will promote greater economic growth, which will overcome the drag on the economy created by higher priced goods and services due to the increased consumption tax.

The tax reform modeled by REMI was similar to the one tested by the CGE model, i.e, the effects of a revenue neutral change in which the personal income tax was replaced by the sales tax. The additional sales tax revenue was raised by broadening the sales tax base to include services and raising the sales tax rate. The REMI model of Georgia was then run using two different assumptions about the effect that this tax reform would have on the cost of capital in Georgia.

Real gross state product (GSP) behaves similarly and the compound annual growth rate increases by 0.01 percentage points from a baseline of 1.27 percent from 2014 to 2024 in the model allowing capital adjustment and declines slightly in the model with the price of capital set nationally. Generally, REMI finds negative but small effects on employment, population growth and personal income. Net exports increase in both specifications.

The results of this examination of tax reform in Georgia using the REMI model suggest additional research is needed to better understand the regional implications on employment and consumption of a shift from a personal income tax to a consumption tax. However, the general finding that REMI results are more modest than those generated by CGE models is similar to our review of other state experiences with dynamic models.