Sizing Up Georgia’s Budget Before Legislators Get Back to Work

All in all, the state is on very solid footing from a fiscal perspective going into the 2017 legislative session. Let’s take a quick look.

Carolyn Bourdeaux, director of the Center for State and Local Finance

First, will the state make budget in 2017? The Great Recession has taught me to be cautious, but barring a major disruption, there is no reason to think that fiscal year (FY) 2017 won’t go smoothly. The FY 2017 general budget was based on $22.5 billion in state general fund tax and fee revenues. Originally, FY 2017 was based on a projection of 3.8 percent growth over the FY 2016 amended budget estimate. Happily, FY 2016 revenues ended around 2.5 percent above the final estimate for that year, leaving a $538 million surplus. FY 2016 overall growth was around 4.7 percent after deducting new revenues from HB170, the transportation bill. This means that FY 2017 only requires around 1.28 percent growth in tax and fee revenues to make budget.

October revenues (as tracked by the state Department of Revenue) were at 4.8 percent growth year-to-date, with income taxes coming in at 3 percent year to date and sales taxes tracking at 4 percent.  Odds are the state would easily make the current estimate. Based on prior year decisions, I expect the governor to only make a small adjustment upward in the FY 2017 estimate to cover a few modest increases. Items likely on the agenda include the need to cover Medicaid growth of $115 million and around $135 million in K-12 growth.

What will happen in FY 2018? These days everyone is asking about the impact of Donald Trump’s election on the economy and thus the budget. Unfortunately, I have not the foggiest idea and nor does anyone else. The basic conventional wisdom from macroeconomists is pretty straightforward: If we have a trade war with other countries, the economy and state revenues will suffer. If the president and new Congress pass stimulus legislation, the economy and state revenues should do well at least in the short term. But, who knows. Macroeconomic forecasting is difficult even in the most certain of times, and the president-elect has proposed a number of major policy changes from health care reform to tax policies changes, all of which could have varied impacts on the economy.

Another consideration is that the National Association of State Budget Officers is reporting that 24 states are projecting that FY 2017 revenues will come in below estimates, and 25 states ended FY 2016 below their original estimates. Some of these are natural resource-dependent states that are hurt by low oil and gas prices, but a number of others are income and sales tax dependent states like Georgia that are simply seeing a softening in growth across both of these tax streams. That being said, there is no evidence to date that this is affecting Georgia. 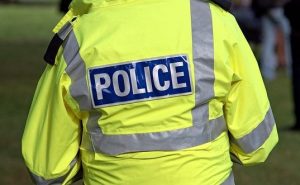 Gov. Nathan Deal has proposed a 20 percent pay raise for law enforcement, to the tune of $53 million.

Assuming economic growth continues along the same trajectory as the previous few years, we can estimate revenues will grow in the 4-5 percent range. The governor and Office of Planning and Budget have been clipping a percentage point off of the forecast to be prudent and to rebuild the reserves, so conservatively, I would guess the governor will propose revenue growth of around 4 percent, or around $900 million.

As with previous years, almost all of this is going to be needed to fund basic growth:

These priorities alone total up to about $900 million. Other items that could be on the table are a pay raise — 1 percent statewide would cost around $125 million, and last year, reform of the education funding formulas was priced at about $241 million. Medicaid expansion, which was previously discussed, is pretty obviously off the table. The state legislature will also need to tackle reauthorization of the Medicaid provider fee.

More generally, the state goes into FY 2018 on a solid financial footing. As has been widely reported, the state expects to have around $2 billion in its revenue shortfall reserve going into FY 2018. The state’s general obligation debt burden appears to be around 6 percent of prior year treasury receipts. The constitutional limit is 10 percent, though the state tries to keep debt below 7 percent of prior year revenues.

The state is making its full actuarially determined contribution to all major pension plans, and it has made some significant strides to start funding its other post-employment benefits (OPEB), largely retiree health care obligations, for state employees. The OPEB liability for teachers remains a concern, with the state owing $873 million annually in required contributions and falling short by $465 million. The Board of Regents also faces a $184 million shortfall in its annual required contribution for OPEB. But unlike most other states, at least Georgia is taking some positive action to start addressing these issues. Many other states are simply letting this liability accumulate.

In sum, the state is not generating enough money to take on any big, new spending initiatives, but by and large, has its fiscal house in order.  The last major challenge for the state from a fiscal policy perspective is tackling OPEB, and the state has taken some steps in this direction.

(This article was first published by Georgia Fiscal Management Council.)