Carolyn Bourdeaux, director of the Center for State and Local Finance

I took a quick look at the governor’s proposed fiscal year (FY) 2017 amended and FY 2018 general budgets. Key takeaways are that the FY 2017 amended budget revenue estimate is uncharacteristically generous, creating some space in the budget. The governor uses these revenues for an assortment of economic development and small scale capital projects. By contrast, the main focus of the FY 2018 general budget is largely pay raises and personnel costs.

First, let’s look at what the governor is doing with the revenues. As noted in my last blog post, the state is in a good position going into the last half FY 2017 and only needs around 1.3 percent in state general funds growth to fully fund the original FY 2017 budget. The governor’s proposed FY 2017 amended budget pumps up the amended revenue estimate more than in prior years adding 1.7 percent or $383 million in new revenues. These revenues from growth are in addition to $222 million from the K-12 reserve flowing into the budget.

Where does this money go? There are the usual growth needs of $111 million for K-12 public school adjustments and funding for Medicaid and the indigent care trust fund (although the Medicaid adjustment is shockingly low). However, unlike prior years, the budget proposes spending on a grab bag of different projects, including vehicle and equipment purchases and technology upgrades, some of which might have been bond funded previously. The most notable project is the $50 million for a new Cyber Security Range, but also there is $26.5 million for unspecified OneGeorgia projects, $10 million for the Georgia Transportation Infrastructure Bank, $10 million for the governor’s emergency fund, and $15 million in deal-closing money for economic development projects. The governor also gets a jump start on his proposed 20 percent pay raise for law enforcement with a $27 million allocation in the amended budget. 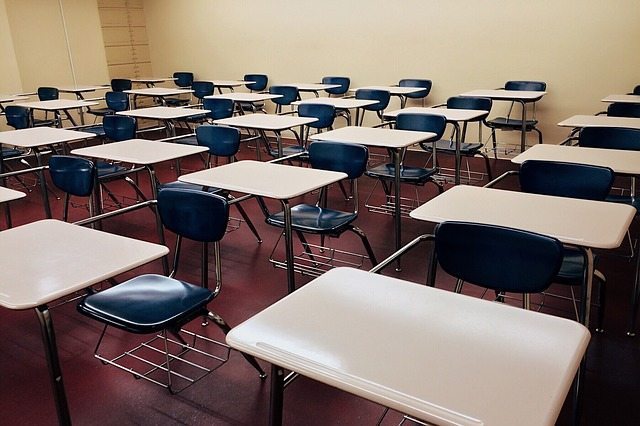 A significant proportion of the state’s funding goes to K-12 education, about $515 million.

Where does this money go? As the governor noted, a significant proportion of the state’s funding goes to K-12 education, about $515 million: $163 million of this is for pay raises and $180 million is to cover the state’s share of teacher retirement contributions. The other big ticket items are $133 million for formula funding growth in QBE and $85.9 million for the equalization program.

Interestingly, again in FY 2018, Medicaid is NOT consuming much of the state’s budget, and in fact, there is an $87 million decrease in regular state general funds going into Medicaid. Looking at the budget, this appears to be partly attributable to increases in the federal matching rate – a reflection of prior year growth in poverty in the state.

The state has provided funding for a pay increase equivalent to 2 percent of payroll. Note that with the exception of teachers, this is a merit pay increase, not a cost of living increase. The cost of the non-teacher pay raise is about $290 million. Additionally, the governor continues the 20 percent pay increase for law enforcement at $55 million and further includes a 19 percent pay increase for child welfare service worker, plus pumping up the number of employees supporting the foster care program. Finally the budget is notable for including a $30 million increase for out-of-home foster placements.

[1] This percentage differs slightly from the 3.6 percent growth number that the governor referenced in his State of the State speech because he is referring to all state treasury receipts including lottery funds.

[2] If you want to reconcile with the governor’s book, you will need to take the total state funds appropriation increase and subtract only lottery and tobacco. Likely for explanatory purposes, the state has started treating motor fuel, hospital provider payments, and nursing home fees as non-state general funds, even though they are technically state general funds.