Medicaid is a highly utilized joint state and federal program that provides health care to millions of Georgians. Currently, eligibility for Medicaid is determined by need, and federal funds are tied to reimbursement rates for health care costs associated with eligible individuals. Currently, there are several policy proposals to cap federal Medicaid spending either through a block grant program or by providing states a fixed per enrollee reimbursement. Such federal proposals would likely limit the state’s receipt of federal Medicaid funds. 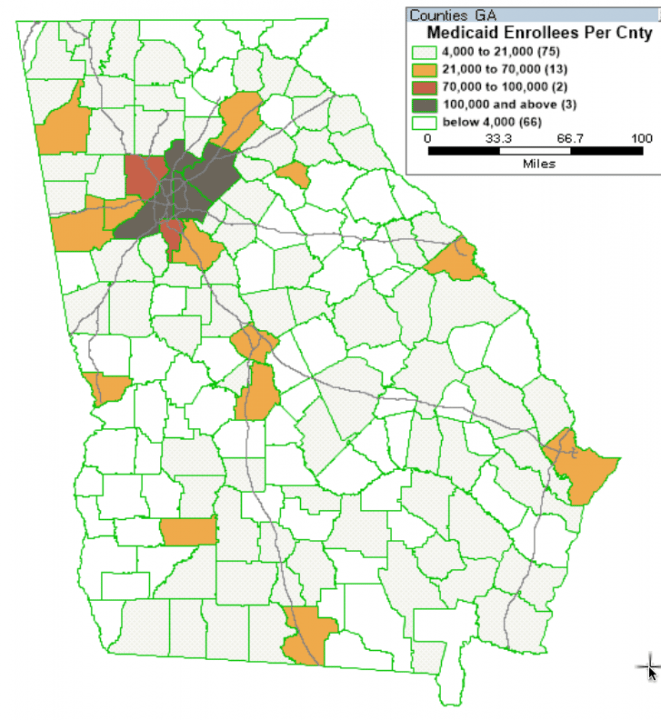 Map 1 shows the average monthly Medicaid enrollment by county for fiscal year (FY) 2015. Not surprisingly, the state’s most populous region, metro Atlanta, also accounts for a large number of these enrollees. Five counties in the metro-Atlanta area account for 33 percent of all statewide Medicaid average monthly enrollees in FY 2015. These five counties are Fulton, DeKalb, Gwinnett, Cobb, and Clayton. Most rural areas have considerably fewer enrollees, with 66 counties having 4,000 or less. The other counties with higher enrollments tend to be the hub cities around the state: Rome, Macon, Albany, Valdosta, Savanah, Athens, Augusta, and Gainesville.

Another lens to examine the impact of Medicaid is the share of the population enrolled. Map 2 shows the average monthly enrollment in FY 2015 as a share of county population in 2015. Here the rural counties of the state tend to have higher shares of their population on Medicaid. Metro-Atlanta counties tend to have lower percentages of their population on Medicaid, generally falling within the 10-20 percent range. The North Georgia Mountain area, as well as coastal Georgia, also are in the 10-20 percent range. 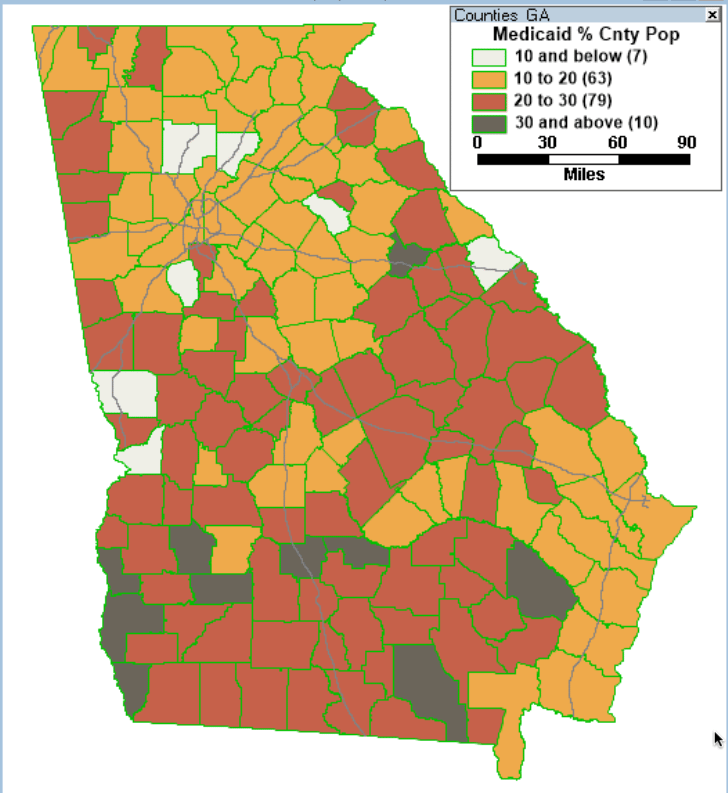 The amount of spending per enrollee can further illustrate county Medicaid impacts, as shown in Map 3. This spending is more evenly distributed between urban and rural counties but does track the share of population Medicaid map. Spending is tightly bunched, with 98 counties spending $5,230 and less. High-spending counties tend to be in southwest Georgia and a swath of counties south of Augusta-Richmond and I-20 and north of I-16. 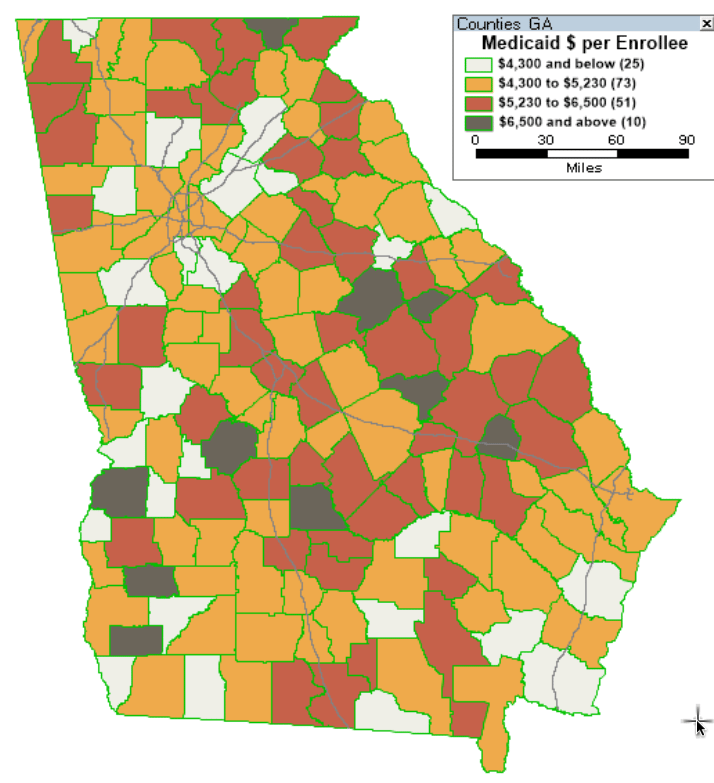 Map 5 shows the share of a county’s population between the ages of 65 and older in 2015. It is this age cohort that is likely to start needing long-term nursing home care over the next 5-10 years, the most expensive component of ABD Medicaid care. In a 2009 Centers for Disease Control and Prevention report, The National Nursing Home Survey: 2004 Overview, the authors found that roughly 80 percent of the residents in nursing homes were 75 and older. Also, some 65 percent of nursing home residents are supported primarily by Medicaid.