Are You — and Your Organization — Ready for Retirement? 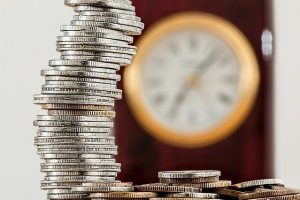 Reaching — and being financially prepared for — retirement has always been part of the American dream. Then the recession hit, taking with it the savings of many headed toward those so-called golden years.

Investments shriveled up. Stocks plummeted. Pensions lost ground. Managers in both the public and private sector were left to devise creative solutions for the resulting challenges in post-employment benefits.

In the private sector, more than half of employees don’t participate in a workplace retirement plan, according to the U.S. Government Accountability Office. Without retirement income, many of these workers will have to turn to public safety-net programs such as Medicaid, placing a strain on federal and state coffers.

A Segal Consulting study, co-authored by a CSLF advisory board member, suggests states could reduce their Medicaid costs by implementing a state-sponsored retirement savings plan for private sector workers who are not currently participating in a retirement plan.

The analysis shows states could save $5 billion on Medicaid spending — $100 million each for some states — by requiring participation. Although this doesn’t solve the problems of current retirees, it shines a light on possible solutions for those who will retire over the next generation.