Martinez-Vazquez’s main interests are in public sector economics. He has published over 20 books and numerous articles in academic journals, such as Econometrica, Journal of Political Economy, Journal of Public Economics, Southern Economic Journal and the Review of Economics and Statistics.

His expertise in fiscal decentralization, taxation and fiscal management has led to consulting assignments with federal agencies and state governments in the United States and over 60 countries including Russia, China, South Africa, Indonesia, and Mexico. He has consulted with the World Bank, the U.S. Agency for International Development, the Asian Development Bank, the United Nations, and the Inter-American Development Bank, and has been a Member of the IMF Panel of Fiscal Experts since 1994. One of the prominent features of Martinez’s work on intergovernmental reform is that he has often been the first or among the first to make diagnostics and offer advice in many of the countries that started decentralization reforms over the past decades and has continually stayed with the reform process of that particular country long enough to frame the necessary “second generation reforms” and analyze what may have gone wrong and what needs to change in the process.

Martinez-Vazquez has been recognized for his work in public sector economics through the Russian Federation National Prize in Economics for 2007-2009 (with Yuriy Gorodnichenko and Klara Sabirianova Peter) and the 2010 Public Policy Award of the German Development Cooperation from the International Institute of Public Finance. In 1997 he was inducted into the Russian Academy of Natural Sciences and in 2006 he was made an Honorary Professor of China Public Finance and Public Policy Academy, Central University of Finance and Economics, Beijing. Most recently, he was awarded an honorary doctorate from the University of Vigo on January 31, 2011 in recognition of his extensive body of work and research excellence in fiscal decentralization, taxation and tax management. 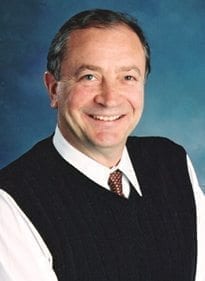