An expert in public finance, Roy Bahl has extensive experience consulting on state and local government issues with public and private agencies, including Standard & Poor’s Corp., several city and state governments, and federal agencies. Bahl headed the staffs of the Ohio and Georgia Tax Commissions. He has served on the editorial boards of the National Tax Journal, The Journal of Public Budgeting and Finance, and Growth and Change. He is the author of the book Fiscal Policy in China, and with Johannes Linn, of Urban Public Finance in Developing Countries. He served as principal economic advisor to IBM’s Worldwide Tax Practice.

Bahl has consulted on fiscal matters with governments in developing and transition economies all over the world, as well as with the International Monetary Fund, the Asian Development Bank, the U.S. Agency for International Development, the United Nations and the World Bank. Bahl is the author of numerous books, monographs and scholarly papers in the area of urban/regional economics, public finance and economic development. He came to Georgia State from Syracuse University, where he was the director of the Metropolitan Studies Program and Maxwell Professor of Political Economy. 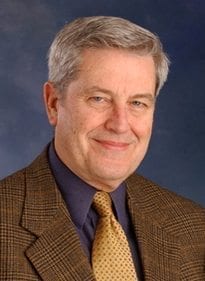